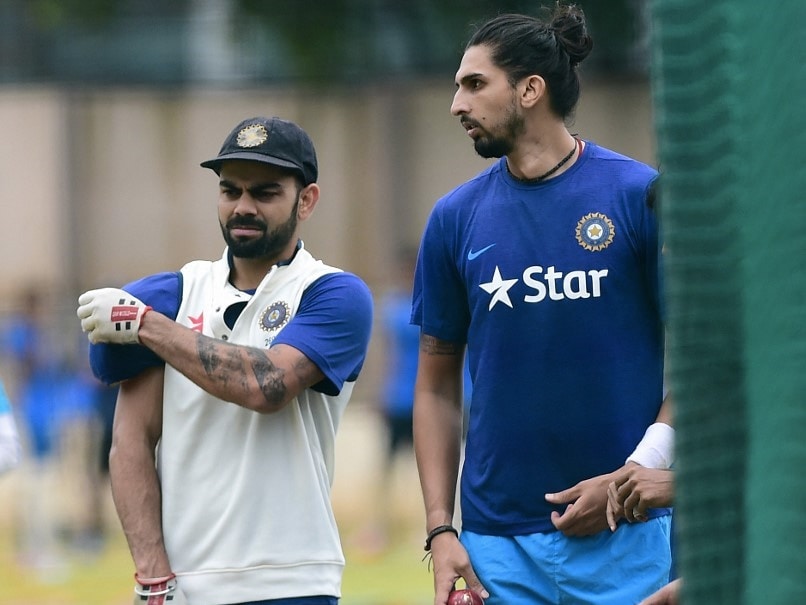 
IND vs ENG: Virat Kohli spoke about his history with Ishant Sharma.© AFP


India pacer Ishant Sharma is set to play his 100th Test when India take on England at the Motera Stadium in Ahmedabad on Wednesday. Ahead of the fast bowler’s milestone match, captain Virat Kohli opened up about his relationship with Ishant Sharma and even narrated an incident from when the bowler got his first ever call-up for the national team. “Ishant started playing state cricket with me. We used to be roommates for a long time for state cricket, Ranji cricket,” Kohli said during a virtual press conference ahead of the third Test of the series against England.

“When he got selected for India, he was fast asleep in the afternoon and I had to kick him and wake him up to give him the news. That’s how far we go,” Kohli said.

“We have great trust between us. I’ve been very happy to see him enjoy his bowling over the years,” the India captain went on to add.

He also spoke about how it is rare for a fast bowler to maintain fitness and show the kind of longevity that Ishant has – especially in the longest format of the game.

“Great achievement in modern day cricket to maintain your body like he has and play 100 Tests, it is rare especially among fast bowlers,” Kohli said.

Kohli also said that Ishant could have prioritised limited-overs cricket, but he has given his full focus to Test cricket.

India and England go into the third Test with the series tied at 1-1 and with a place in the World Test Championship final on the line.