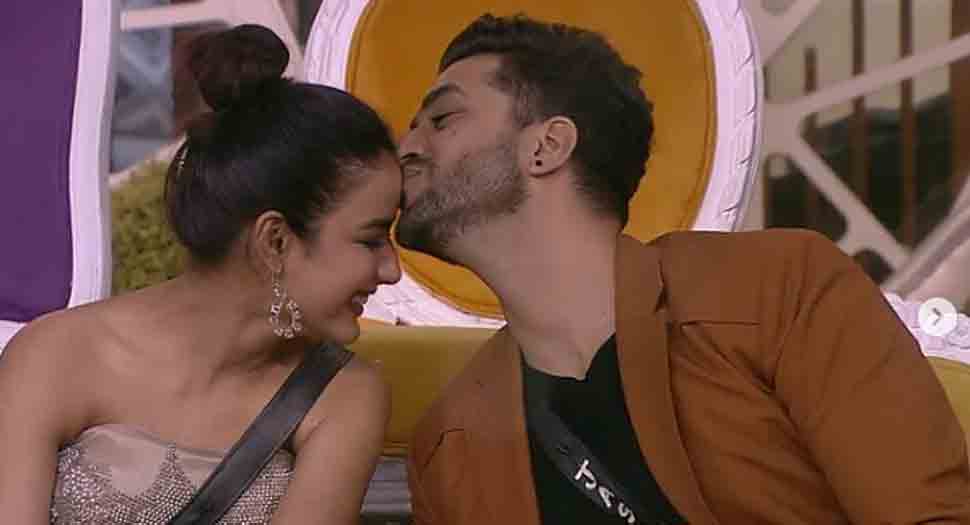 
NEW DELHI: After enjoying their date night, friend-turned-bestie Jasmin Bhasin and Aly Goni were snapped at the airport as they were all set to fly outside Mumbai. According to a HT report, the popular Bigg Boss couple has taken off to the latter’s hometown, Jammu, where his family resides.

The duo kept it casual as they were snapped at the Mumbai airport. While Aly looked absolutely dapper in a green zipper, which he teamed with a white tee and blue denim, Jasmin was seen in a red and black ensemble. They were all smiles as they posed before the paps.

We recently came to know that Aly’s sister Ilham welcomed a baby girl in Jammu. Aly, who was in the Bigg Boss show when the news broke out, got to see his niece along with his mother via a video call. It is to be noted that Aly entered the show as a support to Jasmin. However, once Jasmin was voted out from the show, he appeared as one of the strongest contestants and enjoyed a massive fan support in a short span of time. In fact, Aly was among the top four contestants in the finale. During the show, the duo remained inseparable and it was then they realised they are more than friends to each other and should consider taking their relationship to the next level.

Aly had recently opened up on his marriage plans and resuming professional life as the TV reality show came to an end. In an exclusive conversation with Times of India’, Aly revealed that he has a few plans with his girlfriend Jasmin, one of which includes speaking to her parents about their marriage. The actor said that he would not mind doing anything it would take to convince their parents for their wedding. “I entered the show to encourage her and during my stint on the show, I realised that she is the one for me. Right now, I would love to spend time with her, take her out on dates. And if everything goes well, I would love to marry her. Inshallah,” Aly told the website.

Earlier, Jasmin’s father Surpal Singh had stated in an interview that he wants his daughter to focus on her career first. Aly further told the website, “I want the best for her. I am in no hurry and would like to take things one by one. But if needed, then definitely I will do anything to convince Jasmin’s parents for our relationship and marriage.”

Aly and Jasmin’s bond remained one of the main highlights of this season of Bigg Boss. Jasmin, who was evicted from the show, also had opened about her marriage plans earlier and said she realised on the show that Aly is the one for her. The television actress quipped that she would love to walk down the aisle with him if everything goes well.